The Future Of E-Books

From the beginnings of the Digital Revolution that emerged at the end of the twentieth century, imaginative thinkers and science fiction writers began to speculate on the useful and wondrous tools new technologies could create. One of these was the electronic book – a device that would seem to transform the way we read. Whether it is for reading fiction, special interests, educational materials or work-related documents, e-readers have the potential to transform the way we read. 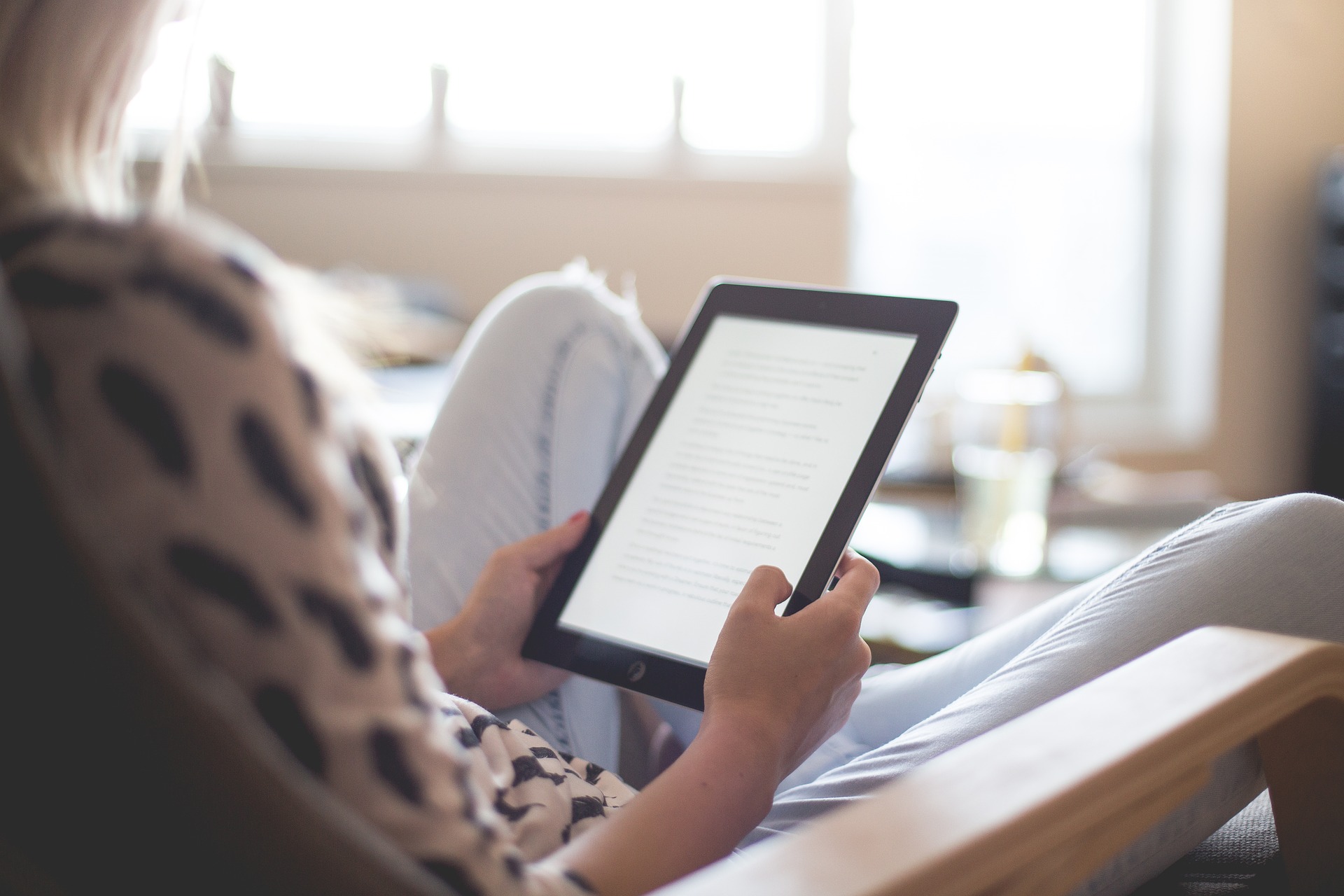 In the age of unlimited digital devices, technological specialists are an absolute necessity. For small businesses in need of some extra support, Mustard IT is an experienced and reliable, London-based IT company.

There are various projects that could be considered precursors to the modern e-book. Index Thomisticus was a project started by Roberto Busa in 1949 as an annotated electronic compilation of the works of Thomas Aquinas. This was completed in 1970 and released on CD-ROM in 1989.

The NLS project at Stanford University and the Hypertext Editing System and FRESS projects at Brown University began in the early 1960s. FRESS technology was run on IBM systems and used for reading academic texts online, and Brown University systems were used by companies attempting to develop electronic reading systems. They were also used by the US Navy for electronic repair manuals.

Project Gutenberg was started in 1971 by University of Illinois student, Michael S. Hart, on a Xerox mainframe computer. He made the American Declaration of Independence available for download on file, which was considered to be the world’s first e-book. 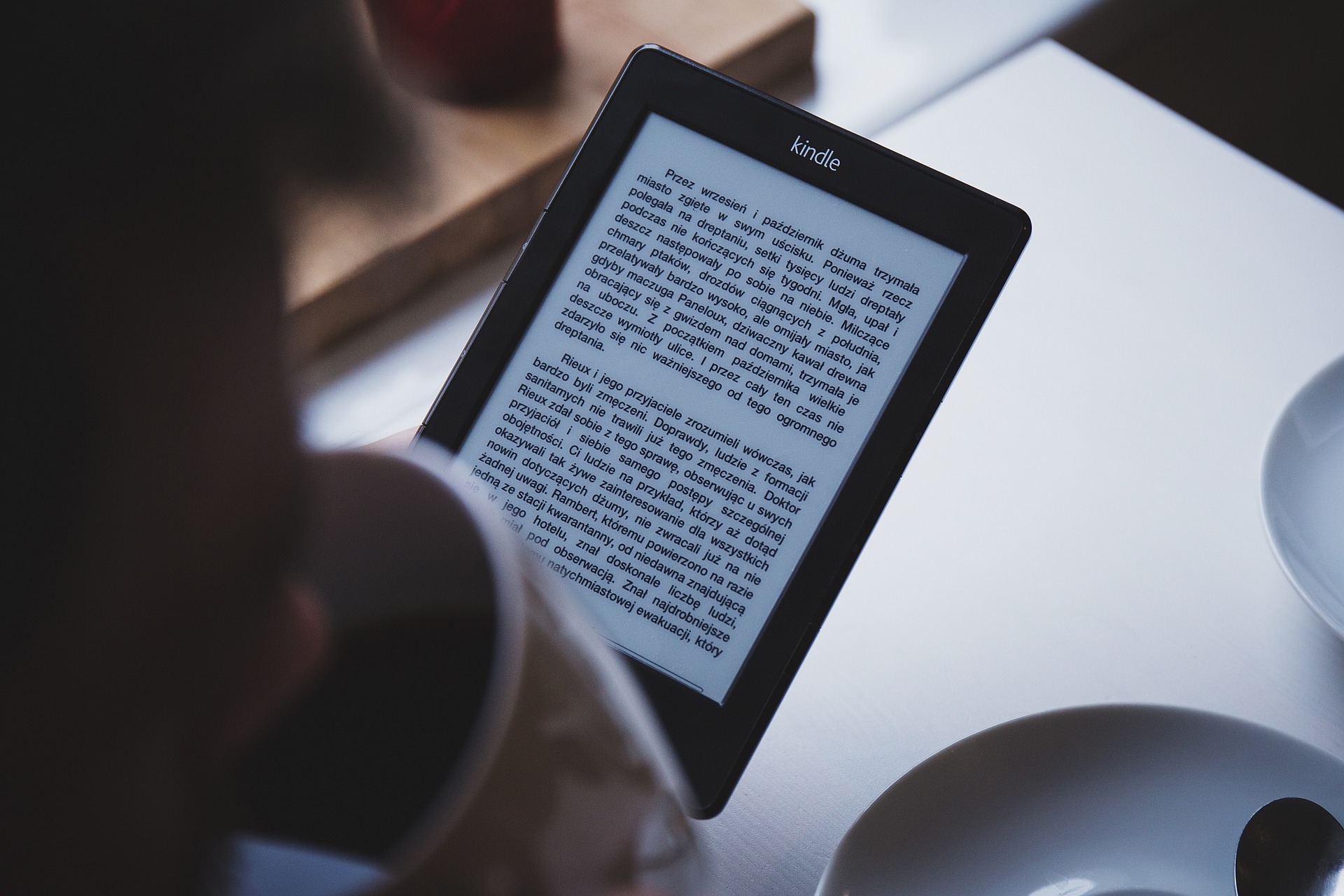 E-books began to be widely available after E-Ink Corporation developed technology for digital screens to operate without a backlight by reflecting light in 1997. The Rocket eBook was the first to make use of the technology, soon followed by the Amazon Kindle in 2007 and many other e-reader devices.

For many avid readers, the advantages of e-books are all-too-obvious. Printed books can be both large and heavy, which means they take up more space and are more difficult to carry around or read on public transport. While smaller books are easier to fit in a handbag, they can be finished more quickly. Technical or academic books are usually larger, which makes them less portable.

Depending on the model, e-readers can be lightweight and are available in any size or shape. They can include a library of hundreds of books to choose from, as well as a range of other features. Books can be purchased directly from the device through an online store, which can save both time and money.

E-readers are also easier to read because they do not need to be physically handled in the same way, or the pages turned, so they can be easily read in any location. They can be interactive, contain links, audio or video, and they are also environmentally friendly as they do not use paper. Traditionalists may prefer the smell and feel of printed books, but the extra convenience of the electronic version far outweighs this for growing numbers of people.

Computer Vision Syndrome (CVS) is a hazard of computer use, and can result in headaches, eye strain, blurred vision, neck pain or the inability to sleep properly. A review on CVS found that up to 90 percent of people experienced symptoms after prolonged computer use. Focussing on pixels makes slightly more work for the eyes, and we blink less when we read from screens, which causes the eyes to become drier and sorer. Fortunately, the LCD screens that are used on newer products are improved and less harmful, though screens that are backlit have been shown to cause sleep problems.

The e-ink used by e-readers mimics the appearance of actual ink on printed paper, and has been shown in a study to reduce the harmful effects of digital screens. E-books have been found to benefit those with reading disorders such as dyslexia, because they have the option to change font size and line spacing.

Compared with approximately a quarter of American adults that read e-books, 54 percent of children use this method of reading. This means future generations will have a healthy appetite for e-books compared to their predecessors, and the industry is likely to grow. Children are more well adapted to screens of various kinds, and in the upcoming decades printed books will become antiquated in a similar way to photographic film.

Larger corporations such as Google, Microsoft and Apple may choose to enter the e-reader market, and subscription services like Kindle Unlimited could be adopted by more companies. The cooperation between e-reader companies and traditional publishers will be key, and self-publishing models like Kindle Direct Publishing could have a negative impact on non-digital publishing companies.

There’s still much room for growth in e-readers, in terms of the range of features they provide. Future e-books could be interactive, with a greater use of audio and visual content, greater connectivity and more interactive features made available when offline. More developments can also be made in the physical experience of reading an e-book, such that the digital device will look and feel as close to an actual book as is possible. Flicking through an e-book is something that is not currently possible in the same way as a printed book, so this represents the next challenge for e-book developers.

Though they may not have rapidly expanded in the same way as smartphones, e-books have encountered technological challenges that have limited their widespread adoption. But with advancements in technology that will improve the e-reading experience, a wider availability of e-book content, and a diminishing reluctance to read from a screen, the future will see the e-book come into its own.