Gaming is a pastime that changed drastically over the years. The industry used to be in colossal arcade rooms that enthusiasts had to visit to play. Over time video games became compact enough to fit consoles in the living room. Now they are accessible on PCs and can even fit in laptops or mobile devices.

Consoles are powerful machines that merely require a power source and screen to play video games. The dedicated machines can also be used as media centers that connect to the internet for streaming purposes. PCs leverage their innate CPU and graphic power to deliver a gaming experience. A user can play games using an average PC, buy a gaming PC, or components to build a PC that fits their gaming needs.

Games have also evolved as a fun and entertaining activity for families. At each stage of development, the gaming industry has become more accessible and easier to play. New technologies make it easier to build games, so it’s no longer a niche market dominated by a few players. Choosing the best way to game, whether through PC or consoles, ultimately depends on your personal preferences. 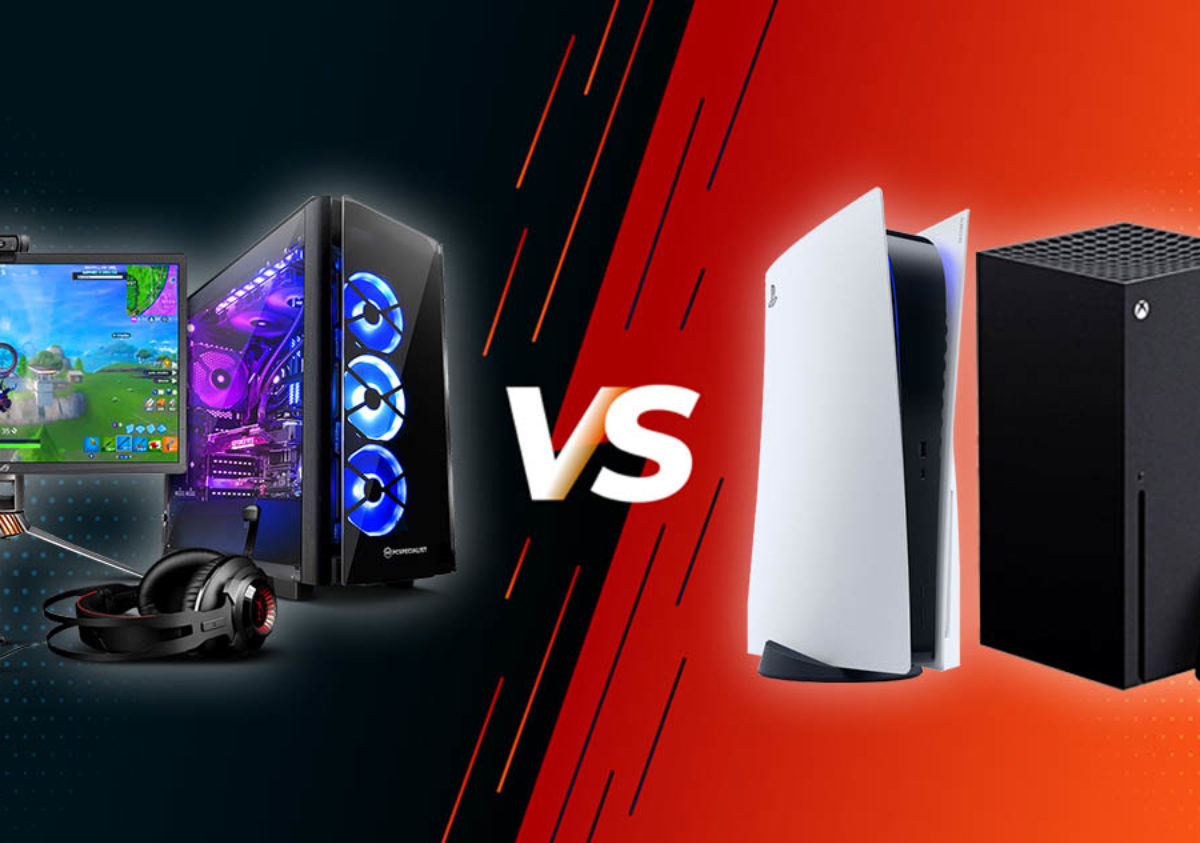 The initial setup costs are cheaper with console games compared to PC gaming. A console can cost approximately $500, and it will be bundled with controllers, accessories, and games. A PC can cost double or more, and it doesn’t usually come with bundled goods.

Over time, you can extend a PC’s lifespan with component upgrades or replacement parts. If you search for PC repair near me, you will find plenty of service providers. On the other hand, consoles are not as easy to fix or upgrade, once it becomes dated, you will need to replace it. Every new generation of games requires a new console, while PCs only need upgrades.

Gaming is simpler to set up and easier to participate in using a console. When you get a console, you merely plug it in to play and have a handful of buttons to master. A PC requires configuring the graphics, input, and network settings which can become a hassle. Additionally, the controls on PC games are more expansive and take longer to learn.

PCs are also more versatile than consoles. A console performs one task well, but a PC can offer you more in the form of entertainment, work, and other tasks. Although consoles are trying to add more features, they still can’t be as flexible as PCs.

Consoles are mostly a closed community. Games are available for one type of console; if you have a PlayStation, most of the time, you can only play with other PlayStation owners, even over the internet. A PC, on the other hand, doesn’t restrict you according to brands.

The Future of Gaming

The future of gaming is exciting. With network infrastructure technology improving in 5G, ultra-wideband fiber, and satellite compute, on-demand games from a data center will enable gamers to stream games from any screen. You can also expect the unification of the gaming industry with streaming; console wars will be a thing of the past as you can play whomever, wherever you please. 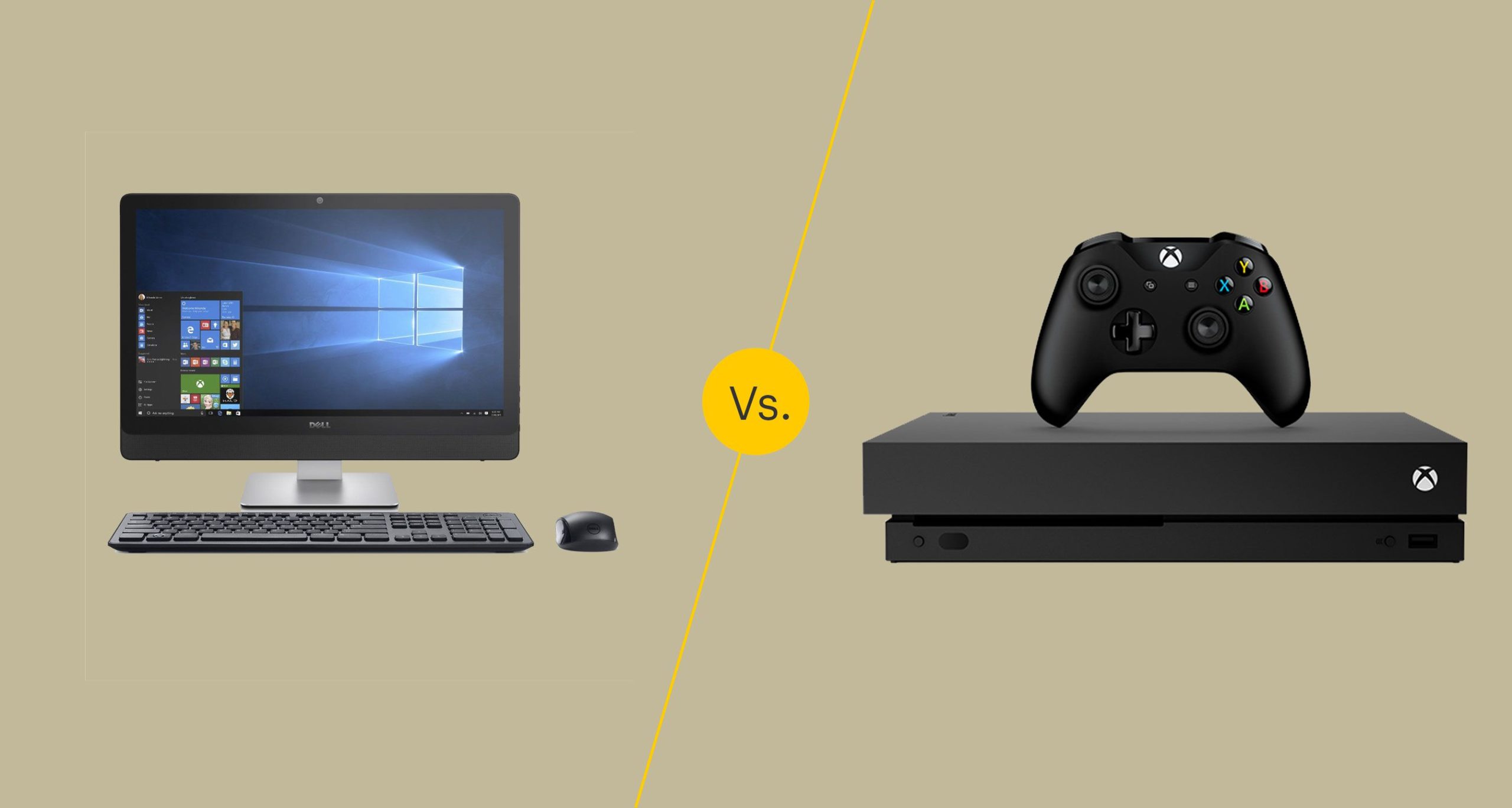 Other technologies like machine learning, AI, and natural language will also bring new gaming experiences. For example, you will be able to have real conversations with gaming characters who will remember your character and its history. Real-time tracking will bring more photorealism to games, such that it will be hard to distinguish it from reality.

As headsets become lighter, user-friendly, and affordable, virtual reality (VR) will become accessible. Current strategy games or platformers will benefit from VR as they will have new control possibilities and free, independently handled cameras. Advancements in streaming will also make it a less cumbersome option, as users no longer need powerful machines on-site. Instead of overlooking the game, why not go to the ground level and walk around the world you created?

Gaming is an ever-expanding world, with exciting new methods of playing and stories on the horizon. Your option will depend on your budget, gaming intensity, and what others in your circle have. Whatever your choice, enjoy your hobby.

3 Key Areas to Understand Before You Launch a Coaching Business