Games Like Poker Incorporate Specialist Terminology – Does This Put People Off Competitive Gaming?

The world of online gaming has grown at an alarming rate since the advent of the internet, with poker sites leading the way during the poker boom in the 2000s. As Texas Hold’em swiftly became one of the most popular cards games on the planet, greater numbers of people were entering tournaments and cash games online. The game was also televised more frequently, and players could watch with commentators. However, those who were unfamiliar with the game may have found a lot of the terminology hard to understand. Now, eSports are on the rise as well, and they too have brought about a number of new words used within the games. The question is, does the use of specialist terminology in online games put people off playing on a competitive level? 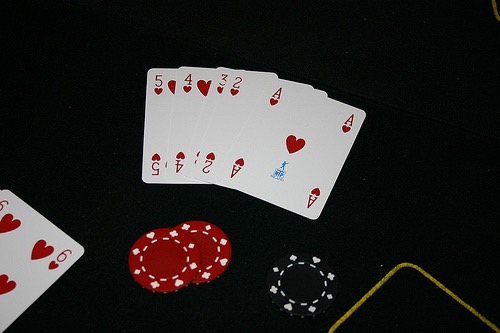 What is Specialist Terminology?

Specialist terminology in games refers to words that are used specifically in that field. As more people begin to play things, a greater number of words find their way into the games as well. This is especially true in the online world, as people from all over the globe are in regular contact with each other through the use of headsets.

Looking at poker as an example, there are some words that are only applied to the card game. When watching it for the first time, viewers may even wonder what the commentators or players are talking about. Of course, there are the varying hand names from straight flush to pair but there are also names for betting a certain amount and the different stages of a hand. If someone chooses to “3 bet” for instance, there has already been a bet and a raise before them. When someone chooses to go “all in” on “the river”, they bet all their chips after the final card has been placed in the middle of the table.

How Engrained in Online Play is Specialist Terminology?

When seeing poker or eSports for the first time, it is conceivable to believe that some players may find the terminology off-putting. Some may believe that, without the knowledge of the words used, it is impossible to play. This certainly isn’t the case for poker though and, according to a lot of poker tips for beginners, a grasp on the terminology is by no means essential for prevailing in the online world. Whatever variant of poker is being played, from Texas Hold’em to Omaha Hi/Lo, the main focus is on playing in the right position and calculating odds. However, players who want to take their game to the next level do need to understand terminology in order to get the best out of all the playing guides available to them.

Specialist terminology is perhaps more important in the world of eSports when there is often communication and cooperation between players. League of Legends and Dota 2 are two of the most-played eSports, and the competitions for the games awarded nearly $200 million of prize money in 2018. Both of these titles require players to communicate and work as a team to prevail over the opponents. Using specialist terminology within these titles can make the difference between winning and losing, as it allows for rapid communication. LoL includes a lot of abbreviations such as “AA” for auto attack and “AS” to refer to attack speed. Words like “Camp” mean to “gank” the enemy “laner” multiple times in a short amount of time. To someone who doesn’t play the game, that all sounds like gobbledygook.

It would be possible to play an online poker tournament without extensive knowledge of the terminology because players don’t need to know the language in order to place bets. However, to get to a stage of playing well enough to prevail in big competitions and beat other players, gamers would need to read guides and understand the vocabulary within them. To get to the top level in most eSports, players most certainly need to know the language of the games. If they don’t know all the acronyms and slang words, they may not understand what their fellow players are asking them to do. In the fast-paced world of eSports, in which only the best succeed, knowing the lingo is essential. This is why some players may be put off starting to play these games in the first place.

What’s the Best Way to Overcome a Limited Gaming Vocabulary?

Players shouldn’t feel overwhelmed by the specialist terminology, simply because it is fairly easy to learn. A new League of Legends player, for instance, doesn’t go straight into a high stakes tournament. They would ply their trade and master it over many hours of online play first. When there is not much riding on it, this is a prime time to learn.

In addition to playing, there are excellent and accessible ways for players to develop their gaming vocabulary. On YouTube, there are countless videos of televised poker tournaments and games which are presented by knowledgeable professionals. By watching these games on a regular basis, players can pick up a lot of the language easily. In addition to learning the lingo, it is highly beneficial to watch the experts play the game and see how they act in different situations.

With eSports growing rapidly by the year, there are far more opportunities now to watch the games. Similar to watching poker, players will pick up a lot of the vocabulary of the games by viewing them. It is also quite an enjoyable experience to watch the masters in action.

While there is a lot of terminology used in poker and eSports, players shouldn’t be put off by it. With more games televised and shown on channels like YouTube, it has never been easier to learn the language quickly. Budding players should see learning the language of their chosen game like cracking a code and realize that, by knowing it, their game will be enhanced.