5 Essential Elements Of A Successful Startup

Ever heard of Boo.com? Few people have. The reason is that the company’s short-lived run from March 1999 until May of 2000 is not well-known. Boo.com was founded by Ernst Malmsten and Kajsa Leander, with the intention of marketing a fashion web store to young, wealthy individuals. In their 18 month story, they hemorrhaged 135 million dollars. They went on to be named as one of the biggest dotcoms crashes in history, during a time where websites were struggling.

The dotcom bubble burst was a major contributing factor to the failure of many websites and startups between the years 1997 and 2001. Boo.com suffered from that, along with other deficits. For one, they had an aggressive growth strategy that could not be sustained. They over-funded and over-expanded their project. 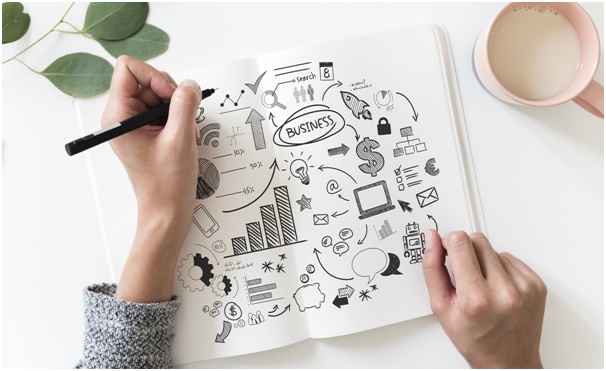 In addition, they had several user experience issues that described the website as clunky and having poor design choices. Rumors of trouble in management and marketing sectors also contributed to their downfall. Yet, what can we learn from their misfire?

I’m David N. Sharifi, Esq., technology and trademark lawyer in L.A. I handle cases that have to do with every nook and cranny of the tech industry. My experiences have shown me how difficult it can be to start a business. Because of my close proximity to startups, I’ve learned a lot about the attributes that allow a growing business to be successful. Without further ado, I’d like to share some of these elements with you.

The idea of founding a startup begins with a concept we think is marketable and profitable. Yet, those reasons may cloud your judgment, and you could end up investing in a product or service that no one needs. In fact, it’s so common for people to invest in an idea that does not have any market need, that Fortune.com reports it to be the number one reason for startup busts. They state,

“The late Apple co-founder Steve Jobs famously said, ‘A lot of times, people don’t know what they want until you show it to them.’ The problem is that entrepreneurs have taken that to heart. For every $19 billion company like Uber, the private transportation service, there are countless frivolous products that never catch on.” 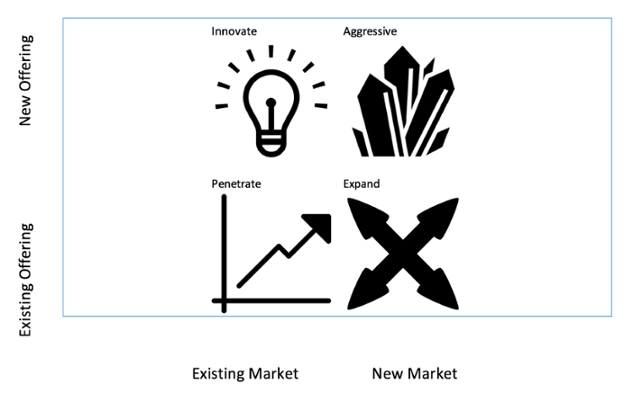 Yes, there are many cases where the customers never realized they needed the product or service. However, there’s a major difference between them not knowing that they need it, and not needing it, period. People tend to become deluded because they have invested so much time in their startup. If you’ve ever seen the Canadian TV show Dragon’s Den, you already know how many useless products hit the market every day.

For years, whenever I heard a song on the radio that I liked, getting that song was a difficult process. Sometimes the radio hosts wouldn’t say the song name, other times I would forget it if I didn’t have a pen handy. If I did have a pen, I would write down the time and station, only to later look through the playlists on their websites after work.

With the introduction of Shazam, I’m now able to save the song name with one tap. I never thought about creating an app that could do that. Once I had one, I thought, this is brilliant. That could be what Jobs was referring to. He wasn’t talking about creating a headset that supposedly reads your dog’s mind (in reality, it couldn’t).

A poll which asked entrepreneurs to give their advice on startups and how to run a business produced an interesting result. Among the most top pieces of advice were variations on, “the best way to learn is to get out there and do it”

This statement has lots of value. I myself am an advocate of throwing kids into a swimming pool so they can learn to swim. But, I wouldn’t do it before assuring myself that they know some of the basics. Inexperienced management is among the top reasons startups don’t get past the initial stages of their conception.

If you don’t feel comfortable with the amount of research you’ve done on your market, then you aren’t ready. Managers who don’t know how to run a business can end up poorly allocating their resources and overspending. Their lack of planning is usually evident, and if you don’t know how to motivate your team, you have a recipe for disaster. Ronald Reagan said it best,

“Surround yourself with the best people you can find, delegate authority, and don’t interfere as long as the policy you’ve decided upon is being carried out.”

Learning through experience is very essential. Make sure you do your due diligence before diving right in.

Many people have similar ideas in the business world. What helps you beat your competition is identifying how your product or service puts a unique spin on the existing market. Whether you focus on top notch customer service or quick results, you need values that make you a preference over your competitors.

In the 1960s, McDonalds’ success increased right after they opened. Maurice and Richard McDonald tackled the industry with a revolutionary idea. Instead of having a comfortable restaurant with servers and cooks, they focused their business model on speed and volume. They created a cooking strategy which divided all the steps to making a hamburger between the multiple line cooks. So, instead of one person grilling a burger and adding all the toppings, each line cook was in charge of one part of the process. One person grilled, another added toppings and another slapped on the sauce. 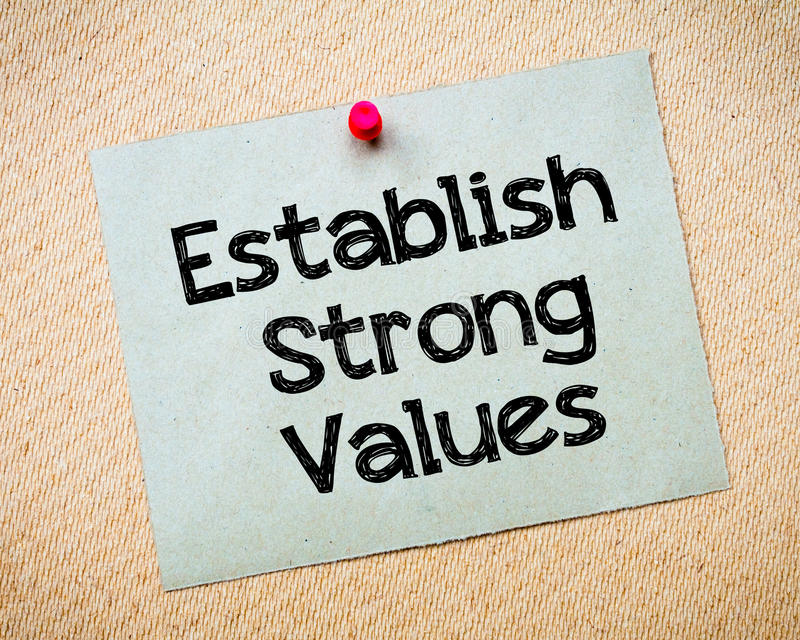 The result was lighting fast speed that clients had never seen before. They were served through a window instead of sitting in a booth, and they walked away ecstatic. The burger industry already existed before McDonald’s entered, but it was their values that pushed them to the top.

You need to ask yourself how your values would add to the lives of your consumers. Helen Mazur MBA. and founder of Princeton Performance Dynamics laid the core questions out:

These are key components to establishing your core values. Have a seat and evaluate your own. If you’re not bringing something new to the existing market, you’ll struggle to gain visibility among your competitors.

Webvan had a revolutionary idea in 1996. They were the first to coin the concept of a grocery delivery service within 30 minutes of ordering. In their last two years of operation, they lost 830$ million dollars and went bankrupt in 1999. If food delivery is so immensely popular now, how is it that their business plan fell through? 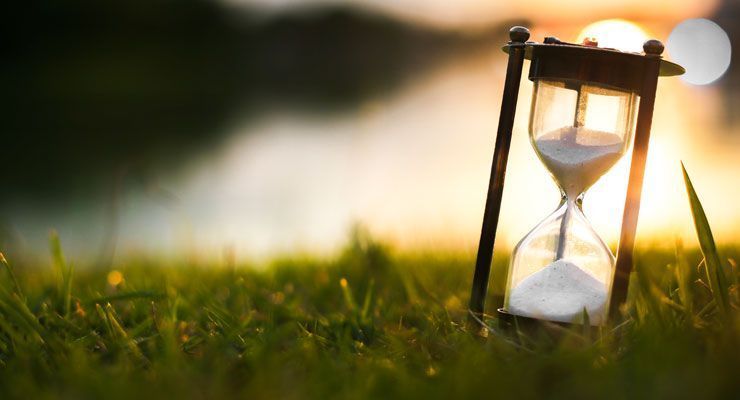 At the base of it all, it was due to lack of patience. Their expansion was rapid and their idea seemed so great to investors that they opened up shop in 26 other cities. Their pitfall was that they hadn’t fully penetrated their market in San Francisco before moving across the country. They were unprepared for such a massive growth rate. With each warehouse valued at around 30$ million, they had some ambitious ideas. Of course, there were other contributing issues that held back the business.

Whenever I hear the story of WebVan, I’m reminded of Icarus. He made his wings out of wax and flew too close to the sun, and eventually plummeted to his death. Even though many entrepreneurs will live by the strategy of quick growth, sometimes patience is key.

Lots of things go wrong when you start a business. It’s inevitable that you’ll hit speed bumps regardless of how well you’ve planned. In times where it seems that all hope is lost and you feel like calling it quits, remember the story of Amazon.

When managing Amazon, Jeff Bezos had a rough ride. Although the company showed continual growth since it was founded in 1994 it didn’t turn a profit until 2003. That’s 9 years in the business without profit. 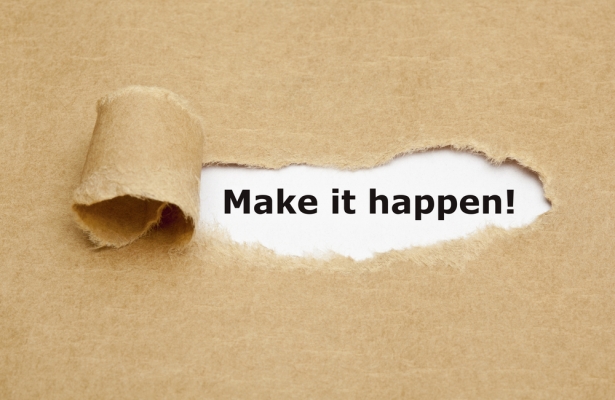 Having a startup can mean years of blood, sweat,and tears without recompense. If it were as easy as launching, followed by immediate success, we would have an over saturated market. After all, 90% of startups fail. That 10 % which survive are filled with teams that know how to recover from blow after blow and keep on pushing. Are you determined enough to get your ideas out there?

We all want to make our mark on the world. Entrepreneurs are not solely driven by money, they also want to help others and make lives easier. You may be reading this with an idea in mind that you want to show everyone. There’s nothing better than watching all your hard work pay off before your eyes. But, to do that, you need to plan accordingly. You need to know your market, and you most definitely can’t give up. 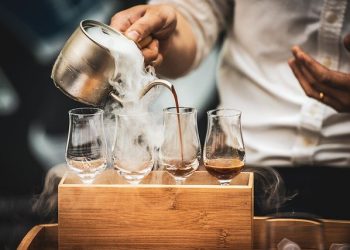 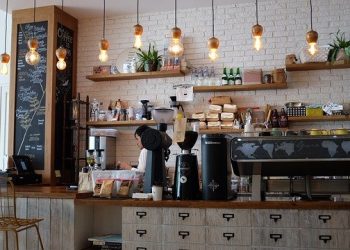 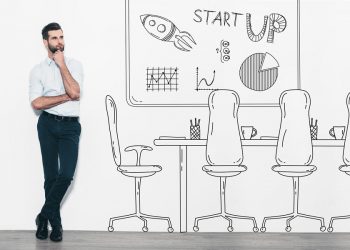 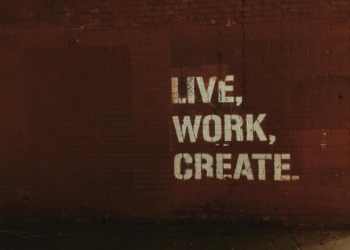